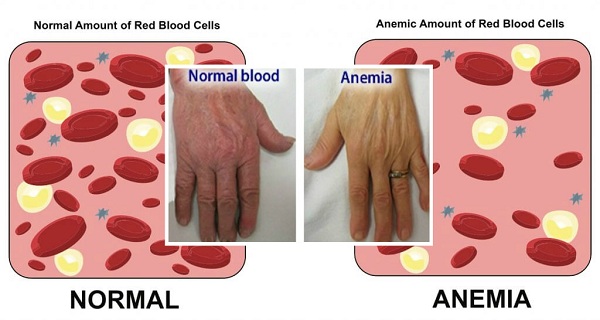 
Anaemia is defined as haemoglobin concentration in blood below the lower limit of the normal range for age and sex of individual.

Lower extreme of the normal haemoglobin

The speed of onset of Aneamia

The age of patient

The young patient due to good cardiovascular compensation tolerate anaemia.

Anaemia is a blood disorder characterized by reduction in

Generally, reduction in RBC haemoglobin content and PCV occurs because of -

Excess loss of blood from the body.

Anaemia due to chronic disease

It is highly effective remedy for anaemia.

The typical Ferrum Phos subject is not full of blooded and robust, but nervous sensitive anaemic with false plethora and easily prostration of Ferrum.

Anaemia due to haemorrhage, bright from any orifices.

Rush of blood to head.

It is best adapted remedy for anaemia.

There is great weakness due to anaemia.

Weakness from mere  speaking or walking though looking strong.