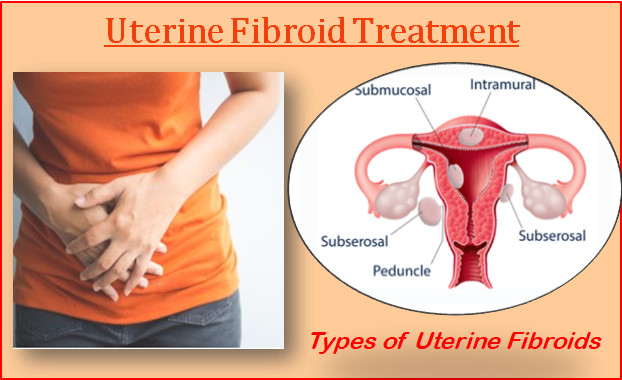 ROLE OF HOMOEOPATHY IN UTERINE FIBROID

Histologically this tumour is composed of smooth muscle and fibrosis connective tissue, so named as Uterine leiomyoma, myoma or fibromyoma.

The fibroids are mostly located in the body of the uterus and usually multiple.

Cervical fibroid is rare (1-2%). In the supravaginal part of the cervix, it may be intestinal or sub-peritoneal variety and rarely polypoidal.

Depending upon the position, it may be anterior, posterior, lateral or central.

Interstitial growth may displace the cervix or expand it so much  that the external os is difficult to recognise.

All these disturb the pelvic anatomy, specially the ureter.

Phos is a great remedy for Uterine fibroid.

Growth of fibroid, submucous type growth under the mucous membrane of uterus which project inside the uterine cavity.

It is usually single in number and sessile.

Due to fibroid, the cavity of the uterus enlarges.

There may be associated endometrial hyperplasia with endometritis.

There is hypertrophy and inflammation of blood vessels of the uterus.

These changes seen after menopause.

Due to overgrowth of fibroids, there is prolapse of uterus with weak, sinking feeling in the abdomen.

Pain in the uterus have tendency to run upwards.

Due to inflammatory conditions there are Stitching and throbbing pains in uterus or vagina.

Menses are profuse and too late.

Leucorrhoea is acrid in nature, present instead of menses.

Desire for cold water, but vomits it out as soon as it gets warm in stomach.

In general all symptoms are relieved by warmth in stomach and aggravated by cold.

Thuja is a very important remedy for Uterine fibroid.

Polypoid growth of the uterus  turns into cauliflower like growth which bleeds easily.

Due to excess of blood supply to fibroids there is congestion of Uterine wall.

This cause profuse bleeding with stitching pains in abdomen.

Menses are too short and too early preceded by profuse urination.

Due to the presence of fibroid on urinary bladder there is frequent urging to urinate.

It is best suited to fibromyoma of uterus.

This  increase in frequency of micturation, usually at night times, is characteristic of Thuja lady.

She has history of sexually transmitted disease with thick, gleety discharges from urethra with burning.

Aggravated in the morning, heat of bed

Better in open air, warmth in general, by movement.

This remedy is used in the disease of uterus like fibroid of uterus, carcinoma of uterus with profuse haemorrhage, usually frequent.

Haemorrhage in the form of clots.

Pain in the Uterine region due to overgrowth.

Lady complaints of various Uterine diseases and suppression of the same by the use of medicines.

Every alternate period is very painful and she bleeds profusely.

Leucorrhoea before and after menstruation.

It is bloody, dark and offensive.

There is frequent desire for urination.

She has frequent desire to urinate.

Sabina is covered under sycotic miasm, thus lady complaints of overgrowth in the Uterine region.

In the carcinoma of uterus,she has cauliflower like growth which usually occurs by direct spread.

Menses are profuse and blood is bright red in colour.

Uterine pains extend up to thighs.

Pain from sacrum to pubis is characteristic symptom of Sabina lady.

Discharge of blood between periods with sexual excitment.

Uterine haemorrhage is partly clotted and aggravated by least motions.

Violent pulsation with sense of fullness in the peripheral organs.

Uterine fibroids are usually the cause of menorrhagia at the climacteric age.

Profuse leucorrhoea and discharge of bloody.

Uterine haemorrhage is partly clotted and aggravated by least motion.

Intense colicky pain in abdomen at the time of menses, these pains are associated with bearing down or labour like pains.

Pain transverse from vagina to uterus.

Discharge of blood between periods with sexual excitment.

It is best suited remedy for Uterine fibrous.

Bleeding probably might due to Fibroids of uterus or due to systemic disease.

There is sensation  of a string pulling from abdomen to back.

Dark clots difficult to expel from cervical os, thus there is severe pain in abdomen.

Aggravated after movement, at night times.